Michelangelo returns to the quarries of Henraux on Monte Altissimo 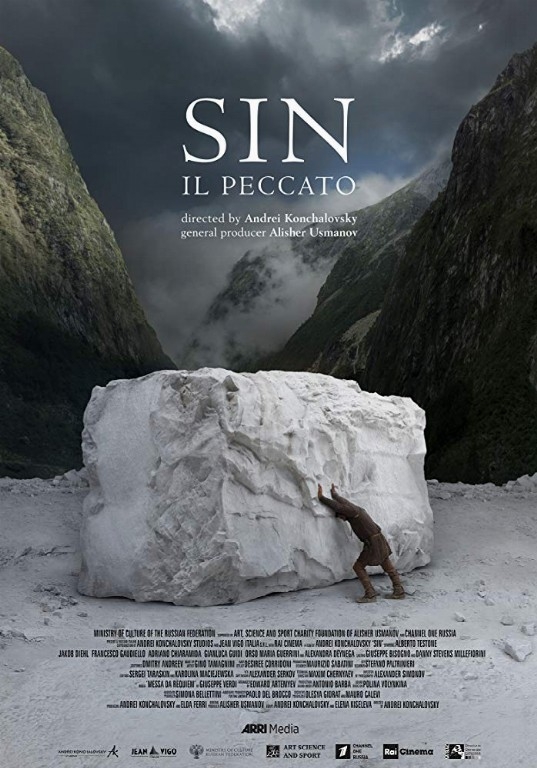 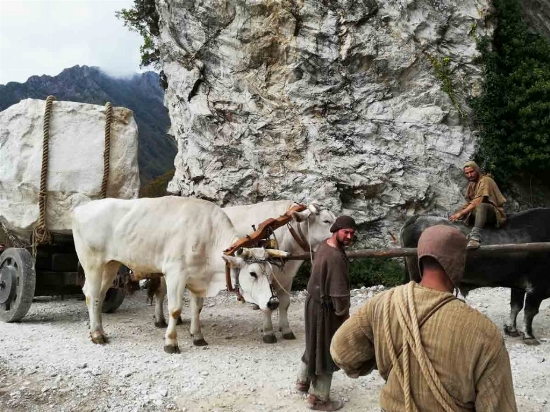 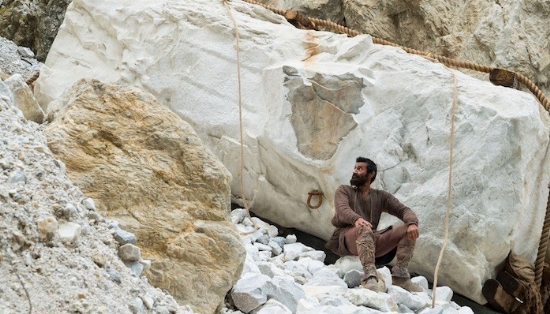 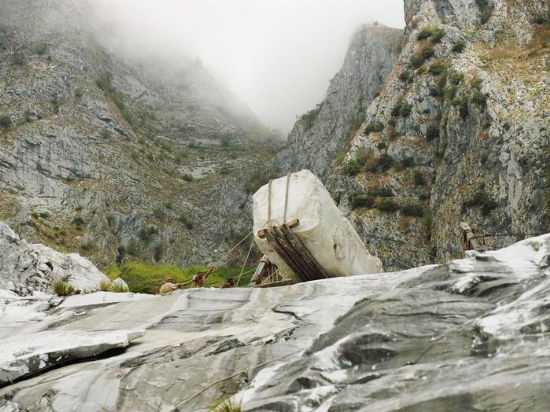 Henraux is especially pleased to announce the world premiere screening, as a special closing event of the XIV Rome Film Festival, on Sunday 27 October 2019, and the subsequent release in cinemas, from 28 November 2019, of the Andrei Konchalovsky film Il Peccato, il Furore di Michelangelo (Sin).

Filming of the movie began on Monte Altissimo on 28 August 2017 in the quarries of Henraux, the very same that were discovered by Michelangelo in 1517. For the production, the quarries had to satisfy a series of requirements: they had to include a broad work surface with a perspective to infinity; they had to be in proximity to the steep terrain, on which Michelangelo had to climb in certain scenes, and also to create the set for the via di lizza, a rudimentary path through which marble was transported to the valley below. The director was looking for a lunar landscape, fascinating and impervious, that would mirror the sense of fatigue to which the miners were subjected.

In the film, the marble mountains had to look similar to the appearance of the historical era, so the quarries of Monte Altissimo – which Michelangelo had explored and chosen for the quality of its statuary marble 500 years ago – became the only possible great location in which all the environments provided for in the script were found. After an eight-year search, the auteur Konchalovsky Places Michelangelo into the scene, he is a man full of defects that of few are aware, hidden behind his incomparable genius.

A cinematic tale representing his proverbial terribilità, which alludes to the impetuous torment of his character – modest and vain, extravagant and misanthropic, cheap and generous, violent, hypersensitive and intransigent – as well as to the sublime and unreachable height of his art. Sin unfolds over a very specific period of Michelangelo's life, told through Konchalovsky's visionary and imaginative lens. A gaze, devoid of academic patinas or hagiographic myths but capable of restoring the flavour of an era and a version that is anything but domesticated by the Renaissance. The production was created in consultation with a series of advisors and experts who all offered contributions so that all the artistic choices had a real basis in history, from the scenographic solutions and props, to the costumes, but also to the music, hairstyles and makeup. Every scene had to taste like the real thing. “I don't want to see portraits in the frame. I need people with dirty clothes, stained with sweat, vomit, saliva. The smell should pass through the screen and reach the viewer.” This Konchalovsky’s intent.

“I am particularly honoured to have hosted Master Konchalovsky, the actors, technicians and the entire production staff in our quarries on Monte Altissimo”, remarked Paolo Carli, President of Henraux Spa and of the Henraux Foundation. “Being part of a cultural project of such great international standing has made all of the men and women at Henraux proud, they will have the opportunity, together with a worldwide audience, to have an exciting and historical vision of our quarries. In these places, which were discovered by Michelangelo himself, it was exciting to see how the scenes were sculpted into a film that revealed an unpublished portrait of Michelangelo, according to Konchalovsky's extraordinary vision of the most profound humanity of the Renaissance genius”. Paolo Carli stressed how the provision of quarries for a project like this is part of the mission of the company that has its bicentennial roots in history, architecture, art and today also in international design.