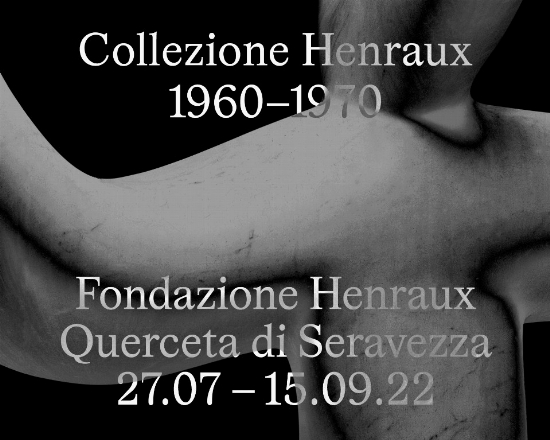 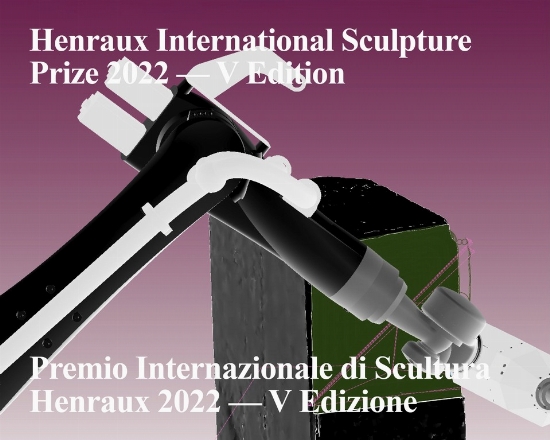 The Henraux Foundation opens its spaces in Querceta di Seravezza (LU) to the public with a double ex-hibition event. From 27th July to 15th September 2022, it will be possible to simultaneously visit the Col-lezione Henraux 1960-1970 exhibition, curated by Edoardo Bonaspetti, and the winning works of the 5th edition of the Henraux International Sculpture Prize.

The spaces of the historic Henraux sawmill, whose architectural structure dates back to the early nine-teenth century, and was recently the subject of a substantial restoration signed by Archea Associati, welcome an evocative setting in which the important sculptures created in the decade between 1960-1970 by the company, are intertwined with the works of Nikita Gale, Lorenza Longhi and Himali Singh Soin, winners of the 2022 edition of the Prize.

The past and the present meet to give life to an unmissable art event that sees marble sculpture as the focal point.

In the over 200 years of history that mark Henraux's journey, the chapter from 1960-1970 is particularly significant: these are the years in which, under the guidance of Erminio Cidonio, the company captured the profound changes taking place in the marble industry, working in synergy with many great interna-tional artists arriving in Versilia.

The exhibition was realized in collaboration with Intesa Sanpaolo, which has preserved many sculptures from the Henraux Collection first purchased in 1973 by the then Banca Commerciale Italiana and later merged into what is now the Banking Group’s collection of modern and contemporary art.
The Gallerie d'Italia ‒ the Intesa Sanpaolo museum in Milan, where seven of the Henraux group’s sculp-tures are usually on display ‒, recently hosted a site-specific exhibition project completed through the use of natural materials with low environmental impact, that anticipated the Querceta exhibition in Se-ravezza, as well as offered the opportunity to present the important and innovative restoration work to which all the works were subjected between 2021 and 2022.

Collezione Henraux 1960-1970 brings together, for the first time and after fifty years, the sculptures of Intesa Sanpaolo with those still belonging to the Henraux collection, in the same spaces in which they were created.

The exhibition set-up, created by studio 2050+ echoes the marble refinement processes and industrial aesthetics. The exhibition itinerary begins in the main hall of the new Luce di Carrara showroom which houses the documentary part of the exhibition: an original nucleus of photos and archival documents, models and reproductions organized in thematic nuclei that recount the vital context in which the sculp-tures were created, the birth of the Henraux Collection and the extraordinary example of corporate cul-ture provided by the company.
In the second, evocative space of the historic sawmill, works by Jean (Hans) Arp, Carmelo Cappello, Nino Cassani, Rosalda Gilardi Bernocco, Émile Gilioli, Joan Miró, Maria Papa Rostkowska, Alicia Penalba, Giò Pomodoro, Antoine Poncet, Branko Ruić, Giannetto Salotti, Pablo Serrano, François Stahly and Alina Szapocznikow are exhibited in chronological order.

The Henraux Collection was born in a context of renewal: after World War II the company redefined its entrepreneurial and cultural identity, seizing the opportunities to be found between sculptural experi-mentation and industrial production found in the dynamism and national and international artistic fer-vour. The meeting with the British sculptor Henry Moore, who went to Versilia in 1957 for the realisa-tion of the monumental abstract work Reclining Figure destined for the UNESCO headquarters in Paris, helped foster this momentum and contributed to giving life to a flourishing period of innovation and ar-tistic research. In just a few years, many important international artists went to Querceta, a fraction of the municipality of Seravezza in the province of Lucca, and created their works with the workers and marbles of Henraux, contributing to a wider cultural revival of the company and its territory.

Remembering Erminio Cidonio, in 2012 at the behest of Paolo Carli the Henraux International Sculpture Prize was born, then entrusted to Philippe Daverio, and which is today under the Artistic Direction of Edoardo Bonaspetti.

Today the Henraux Foundation presents the projects by Nikita Gale, Lorenza Longhi and Himali Singh Soin, winners of the 5th edition, installed in the former sawmill space, in dialogue with the sculptures of the Henraux Collection.

Nikita Gale's work, MARMI, reverses the traditional idea of marble as a metaphor for solidity and per-manence. After recording noises of the extraction and refining processes, the artist created a sound composition mounted on cassette tapes, an outdated medium, that were produced using marble dust, a versatile and ductile material.
Lorenza Longhi's project, Business Card(s), rethinks the functions and operations of marble processing in close collaboration with the departments of the Henraux company. Starting from applications in architecture and interior design, the artist chooses to look at marble not for its decorative qualities, but as a raw material, using unfamiliar elements and testing unexpected combinations.
The multi-year research on polar ice by Himali Singh Soin takes the form of Too Much and Not Enough, a two-stage project involving the Arctic antipodes. The artist created a marble reproduction of Deception Island, a former whaling station in the Shetland sub-Antarctic archipelago. During the inauguration of the exhibition, there will be a performative ceremony inspired by Tibetan mandalas during which Singh Soin will recreate the post-colonial Arctic Island, Blomstrandhalvøya, or Ny-London, accompanied by percussionist and composer David Soin Tappeser.

The jury awarded the projects that best met the requirements of the Award. In particular, the three winning projects distinguished themselves for the significant degrees of artistic and technological expe-rimentation, and for the ability to tackle some central themes of the contemporary era. In different ways, the artists explored a field of research that ranges from environmental urgencies to economic and production dynamics, from reflections on the work of art to a definition of original sculptural languages.

The works of the International Sculpture Prize and the Collection exhibition can only be viewed by appointment made by request addressed to henraux@henraux.it